In 1976, a series of letters began circulating through the sleepy town of Circieville, OH. Who wrote them and why is still a mystery. These letters have led to one mysterious death, and one incarceration.

According to Unsolved Mysteries, “In 1976, several Circleville, Ohio residents began receiving strange letters detailing personal information about their lives. Bus driver Mary Gillispie was accused of a supposedly non-existent affair with the superintendent of schools. The writer told Mary that he/she had been observing her house and knew she had children. It was postmarked Columbus, Ohio, but had no return address. Within eight days, Mary received a similar letter. She kept the letters to herself, until her husband, Ron, received one as well. The letter stated that if Ron did not stop his wife's affair, his life would be in danger.

After two weeks, the writer threatened to go public with the affair allegations, broadcasting it on TVs, CB radios, and billboards. Mary and Ron only told three people about the letters: Ron's sister, her husband Paul Freshour, and Paul's sister. Mary had some ideas about who might be sending the letters. They decided to have Paul write letters to the suspect, claiming that they know who he/she was. The plan seemed to work; the letters stopped for several weeks.

That changed on August 19, 1977, however, when Ron received a phone call from the alleged writer. The call seemed to confirm Ron's suspicions on the identity of the writer. He grabbed his gun and then left in his pickup truck, even though the writer claimed to be watching the truck. A few minutes later, Ron was found dead in his pickup truck, crashed into a tree. Investigators later learned that Ron had fired at least one shot from his gun before crashing. Sheriff Dwight Radcliff questioned and eliminated at least one suspect in the case. He then ruled Ron's death an accident, claiming that he had lost control and crashed while driving drunk.

However, several residents soon received letters stating that Sheriff Radcliffe had been involved in a cover-up. According to Paul, Sheriff Radcliff initially agreed that the death was a result of foul play. However, he allegedly changed his mind when the suspect passed a polygraph test. Ron's blood alcohol level was .16, which was twice the legal limit. However, many of Ron's friends and family were surprised by this; they did not think that he was a heavy drinker.

Mary and the superintendent later acknowledged a relationship, although they claim that it did not start until after the letters were sent. In February of 1983, Mary was harassed along her bus route; the letter writer apparently began placing threatening signs next to the road. One day, Mary had enough and decided to go and rip the sign down. When she did, she discovered a booby trap designed to kill her. The trap had a box which contained a small pistol; if Mary had pulled the sign off a certain way, the gun would have fired.

An amateurish attempt was made to rub off the serial number on the gun. When lab tests were able to raise the number, it was determined that the gun had belonged to Paul Freshour, who had recently separated from Ron's sister. Paul, however, claimed that the gun had been stolen. On February 25, 1983, Sheriff Radcliffe asked Paul to meet with him and take a handwriting test. He asked Paul to try and copy the handwriting from the letters. Sheriff Radcliffe also had him write the letters while repeating them verbally.
After the test, Paul took Sheriff Radcliffe to his garage and showed him where he kept his gun. Afterwards, the two returned to the courthouse, where Paul was arrested and charged with attempted murder. On October 24, 1983, he went on trial for the attempted murder of Mary Gillispie. Although he was never charged with writing the threatening letters, they became a crucial part of the evidence against him. A handwriting expert testified that Paul was the letter writer. Mary also testified that she believed that he was the writer after his wife visited her with the same suspicion. Paul's boss also testified that he was not at work on the day that the booby trap was found.

Paul had an alibi for most of the day; however, he never took the stand in his defense. Proclaiming his innocence, he was convicted and was given a seven to twenty-four year sentence. While there, he himself received letters from the writer, determined to keep him there. Others still received letters, postmarked from Columbus, even though he was in prison in Lima. Even though he was in solitary confinement, letters kept arriving.

In December 1990, Paul became eligible for parole. He was denied parole due to the letters, even though there was no way that he could be sending them. In May 1994, Paul was finally paroled; he continues to maintain his innocence. However, the author of the letters has never been revealed.
Journalist Martin Yant has investigated the story and found another possible suspect that could be the writer. He also discovered that twenty minutes before Mary found the booby trap, another bus driver on Mary's route had seen a suspicious man standing next to a yellow El Camino. The man was at the same spot where the trap would later be found. Yant found that the possible suspect's brother owned the same type of car. The description does not match Paul and he had a solid alibi at this specific time.” 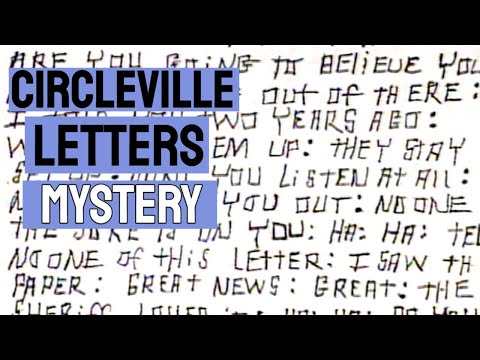