Island of the Dolls

Island of the Dolls 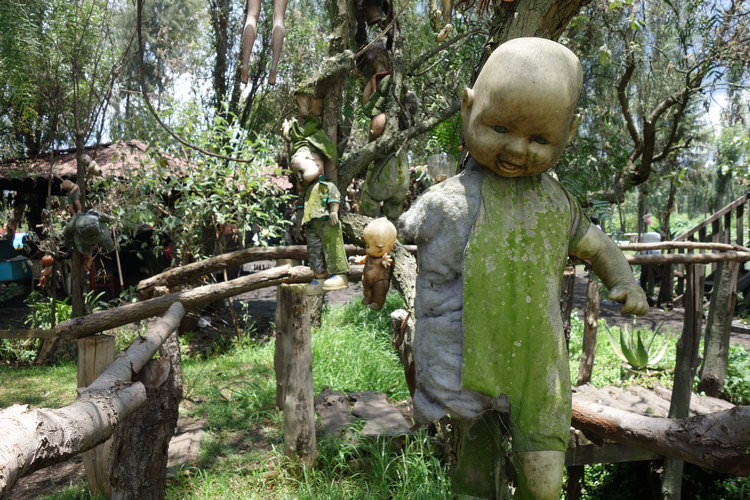 According to Curiosty.com, “Don Julian Santana Barrera, a native of Xochimilco, a borough of Mexico City, Don Julian left his wife and family sometime in the mid-20th century to sequester himself on an island on Teshuilo Lake. His reasons for doing so are hazy at best, but as soon became clear, Santana Barrera was not necessarily of sound mind. Not long after relocating, he made a chilling discovery on the shores of his island: the body of a young girl, drowned in the lake. A doll came floating down the canals shortly afterward, changing the course of Santana Barrera's life and the shape of the island for years to come.

Alone on the island, Barrera took the doll and hung it from a tree in order to appease the spirit of the deceased girl. But, at least in the eyes of the man who now considered himself the island's caretaker, the one doll was not enough. For the next 50 years, Santana Barrera would scrounge dolls from the trash and from the canals, and hang them from the island's many trees. Some he'd hang whole, others in various states of disrepair…”

Listen to the full story on Ghost Town.