The Landmark Motor Hotel: The Death of Janis Joplin

The Landmark Motor Hotel: The Death of Janis Joplin

For a special 3 part episode of the Ghost Town Podcast, we rented the room where Janis Joplin died.

Janis Joplin died on October 4th, 1970 from an accidental overdose at the Landmark Motor Hotel (now the Highland Gardens Hotel) in room 105.

The room itself is a pretty standard 2 bedroom hotel. However it has more amenities than a typical non-luxury hotel. It has an eat in kitchen with stove and a refrigerator, vanity, and sizable closet space which acts as a makeshift shrine to Janis Joplin, filled with photos and messages to the rock n roll icon.

We had a medium “read” the room for any possible hauntings or presence of any kind.

Listen to the 3 part episode of Ghost Town with interviews with the hotel staff, a mediums finding on the room, and more: The Death of Janis Joplin: Part 1

The hotel also boats celebrity clientele. According to their website, “The family owned historic boutique Highland Gardens Hotel (formerly known as the Hollywood Landmark Hotel) was designed and built for Entertainers, visitors and Hollywood Celebrities. The Hotel opened its doors in the mid 1950's utilizing classic Post and Beam architecture. Within walking distance to many major attractions, The Highland Gardens quickly became home to many famous Hollywood stars.

With over 70 rooms including one, two and three bedroom suites, it is home away from home for many people. The Highland Gardens Hotel has been a location site for television shows, fashion photography and casting events and  Art Fairs

Recent film shoots include hit shows as 90210, Unusual Suspects, films such as Greenberg with Ben Stiller, and photo shoots with such people as Jennifer Lawrence and Italian Vogue.”

If you would like to visit the Highland Gardens Hotel, you can find it at 7047 Franklin Ave, Los Angeles, CA 90028.

Watch the video below for a room tour, readings, and more! 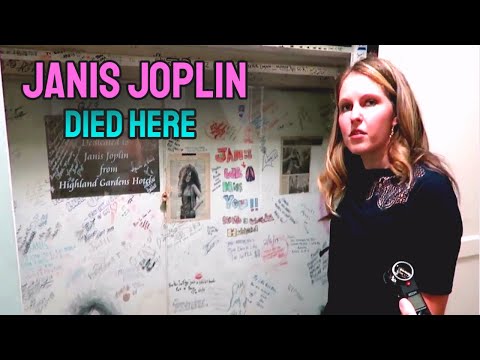 A 1974 haunted Ebay painting entitled "The Hands Resist Him" has a history of haunting those who possess it.

A prolific serial killer makes an appearance on a 1978 episode of The Dating Game during his reign of terror.

Did Unsolved Mysteries Ever Solve a Mystery?